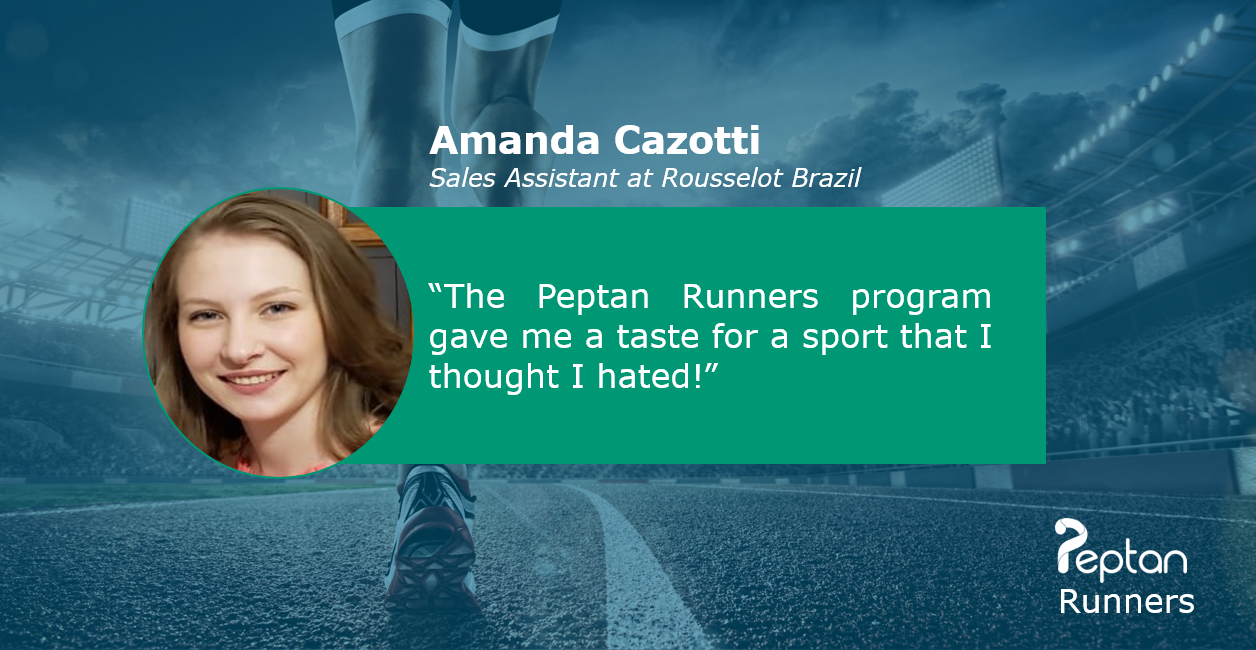 ‘Running first came into my life when I was a kid. But I hated it! The reason was simple: every morning of December 31st, the São Silvestre race was on TV, which meant no cartoons! The result was that I grew up thinking that running was boring and useless.

In 2018, the Peptan Runners program started. I told myself I’d never get into anything like that, but at the insistence of a friend and co-worker, called Rafaela, I ended up signing up. At first, I was nervous about running on the street: it felt like the stupidest thing I’d ever done. But that changed after I started out on my first run.

When I crossed the finish line…

It was on a Sunday in November 2018. The challenge: 5km in Campinas. When I woke up at 6 am, my only thought was, ‘I can’t believe I’m doing this, I need to go back to sleep!’ I got up anyway, and when I arrived at the starting point and saw how excited everyone was, despite the early hour – part of me wanted to run away! When the race started, I ended up walking a lot, which made me angry at myself: I thought I’d never run again. But when it was over and I crossed the finish line, I was so happy I wanted more!

The Peptan Runners program has brought benefits to everyone: it encourages us all to be physically active, as well as meet people from other departments. Personally, it has given me a taste for a sport that I said I would never engage in, the drive to train and socialize with friends from work, a love of collecting medals, and an all-round feeling of well-being.’

This site uses cookies. By continuing to browse this website, or by clicking "I agree" you consent to the use of cookies. We use cookies to increase the ease of use for our visitors and to tailor the experience for each individual user. By using cookies we store your preferences and measure user interaction. A cookie can't contain personal information, link a phone number or an e-mail address, thus cookies can't be used for unsolicited telemarketing or e-mail newsletters. I agreePrivacy policy